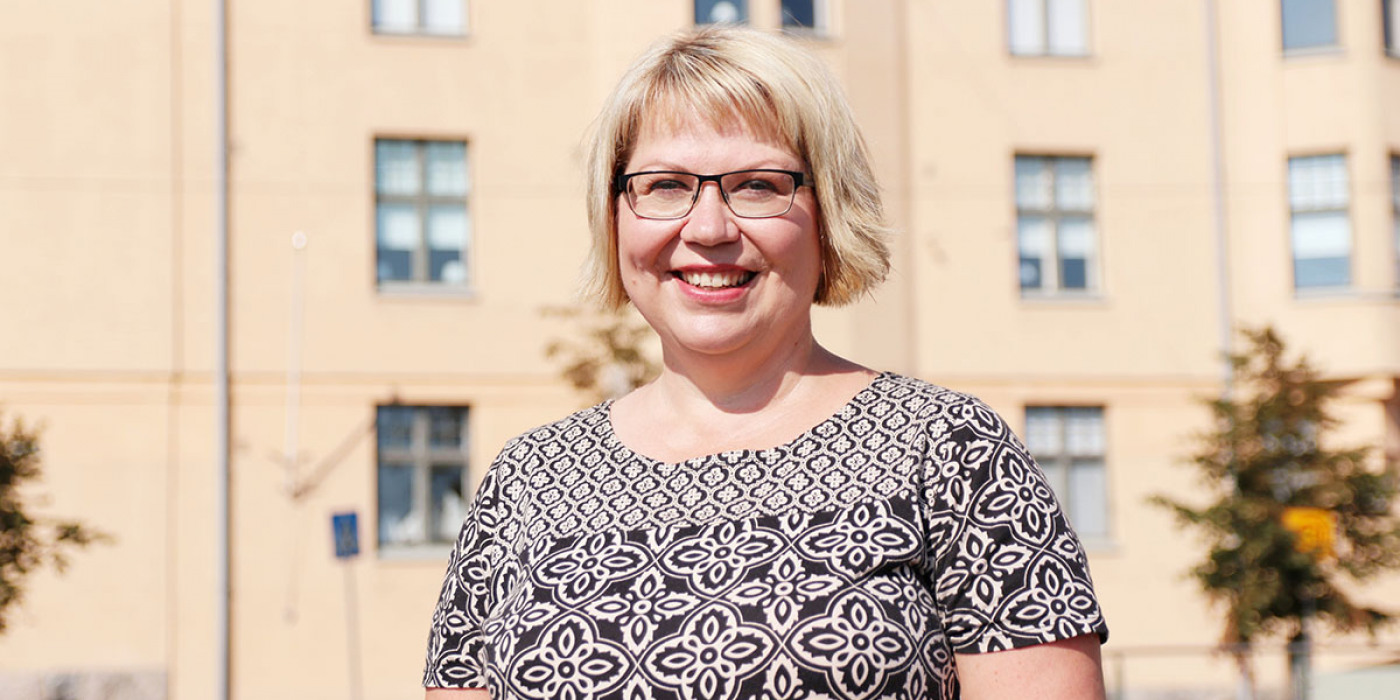 Why did you connect with the Association of Finnish Non-fiction Writers? What is the main goal of this group?
I started as the Executive Director at the Association of Finnish Non-fiction Writers a year ago. I have worked for years as a lawyer at the Trade Union of Education in Finland, the Finnish National Agency for Education and the Music copyright association Teosto. In my current position I can combine my interest in copyright and education and promote Finnish non-fiction. This is a dream job for me.

Could you tell me about your funding? Do you get grants from the government? Or is it all raised by members of your society?
The grants and awards distributed by the Association of Finnish Non-fiction Writers are funded by copyright fees collected by copyright society Kopiosto.
Other income sources are member fees and a government subsidy.

How do you communicate with you members?
We have a weekly e-mail newsletter and regional letters for the members of that region.
We are also active on social media, and we use our webpages as an information channel. There is also a private Facebook group for our members.

Are network activities only open to members or are individual authors (not connected with the society of authors) also welcome?
We have both. Some activities are public and some only for members.

On your website I don’t see anything on meetups for members in different regions. Are there any?
We are very active regionally. We have 13 regional areas and regional persons in charge who arrange regional program and activities both for public and just for our members. A public lecture is a very common program, and after the lecture there is usually a meet-up for the members.

The author market is changing. In the past, mostly authors worked with royalties and copyright. But in recent years we’ve noticed that the number of authors working for an hourly rate is growing. There are sometimes conflicts of interests between these author groups. We are sometimes struggling to help both groups. Do you have the same problems in Finland?
Last year, the Association of Finnish Non-fiction Writers conducted a survey concerning the financial position of non-fiction writers. The previous survey was carried out in 2013 and it examined the financial position of non-fiction writers in 2012.
The survey showed that non-fiction writers’ income from actual work as non-fiction writers has decreased. The median income from work as a non-fiction writer was EUR 1,111 in 2018, whereas in 2012 the corresponding figure was EUR 1,520. In 2018, the lower quartile was EUR 173 and the upper quartile EUR 4,607.

Our main focus is on connection, professionalization and lobbying. For connection we use our newsletter. http://eduschrift.nl
For professional development we organize a conference for educational writers with several workshops.
https://auteursbond.nl/agenda/event/dag-van-de-educatieve-auteur/ For lobbying we carry out negotiations with the government and publishers. What is your main focus? Could you give a few examples of your campaigns and lobbies?
All three of them are important.
For connection: we have our member letters and also newsletters for our co-operation partners.
For professionalization: We have two courses for non-fiction writers (three weekends each) where different aspects of non-fiction writing are dealt with thoroughly. We organize plenty of other training events, such as webinars, too.
For lobby: We give legal advice to our members.
We are also active in campaigning and lobbying. For example, we arrange a series of panel discussions before every parliamentary election. Last time we arranged 13 political panel debates in various parts of Finland. Members of Parliament from different parties are invited to take part in these debates, and the topics of discussion are among others the role of non-fiction and textbooks and the importance of reading and education. We’ve found out that this is a good way to raise awareness among political decision makers and the wider audience, too.

In the Netherlands the publishers have come to a standardised contract. Our association took part in this process but is not satisfied with the end result. A lot of rights are simply given away by authors. But it's difficult for our association to unite against the publishers because our members all have their own goals and interests. Do publishers in Finland also gather to discuss the issues with the writers association?
We have a very close co-operation with publishers. According to our member survey, most of our members are satisfied with their publishers.
We have a model publishing contract for our members, but in individual cases, the contracts are not always in line with it.

In the Netherlands the “Directive on Copyright in the Digital Single Market” is in the news. Some people are really happy with this directive. Other people are against it.  Is your society aware of this directive? How are the views about this topic?
The implementation of DSM Directive to our national copyright legislation is pending at the moment. There has been wide co-operation between all author associations in lobbying the Ministry of Education and Culture. The author associations have also met on a regular basis to discuss the effects of DSM Directive to national legislation.

Is there an author's licensing and collecting society or public lending right organisation in Finland? If so: What do they do?
Sanasto manages collected levies for the use of literary works and distributes them to copyright holders. Sanasto manages for example the compensations paid for Finnish public library lending and for the use of literary works on Finnish radio and television.

Can you tell me more about prices authors can win? We have the Educational Pearl for the best lesson: https://educatieveauteurs.auteursbond.nl/de-educatieve-parel/
The Association of Finnish Non-fiction Writers awards several writers annually. The most notable award is €12 000 and is named after Antero Warelius (1821–1904), who is regarded as Finland’s first non-fiction writer. The Warelius award is granted to a distinguished writer of textbooks or other non-fiction.
The association also participates in the funding and bestowal of the Tietokirjallisuuden Finlandia award and grants annual awards of merit to writers who have distinguished themselves in the field of non-fiction.
The association further contributes to the J.A. Hollo Award for best non-fiction translation into Finnish.
Annual awards are: